Oh my! Or maybe “Ole!” as I’m posed like some sort of honky flamenco dancer. Actually I was trying to get the propeller beanie spinning with my left hand while I took the photo with my right. I once teased about the lab coat, and today can reveal its purpose…an August PMY column opening with a less demented version of this shot and describing the setup of what I dubbed the “Marine Electronics Performance and Interface Testing Facility.”

Actually I’ve already redone a lot of it (hello, PAS-thru), and CharterWave Kim pointed out that the name acronyms badly. Heck, it can have many names, like Pogo’s punt. She (who’s also now BoatNameGame Kim) suggested “Marine Electronics Laboratory Testing for Data Observation Wing Nut”, aka “the MELTDOWN room.” I get no respect, though the column also marks the beginning of my seventh year at PMY. Oh my! Ole!
And how do I rationalize such embarrassing behavior (aside from little sleep/much caffeine)? Well, I recently heard a graduation speaker suggest that every job has a theatrical aspect, and it resonated with me, as they say. One of the headier concepts I tried to get across as a seamanship instructor was that a Captain should be a bit of an actor, that even if circumstances have you screaming inside, feigning calm and confidence is how you manage a crew toward the best possible outcome. Are you with me? At any rate, seems there’s even a little show business in the marine electronics pundit game! So, what the hell, here’s some detail of the beanie shot. Have a playful weekend. 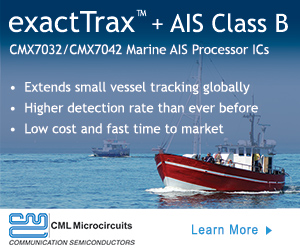