After Tim Hasson (of TechYacht) sent a head’s up about how neatly this year’s Carib 1500 rally is being tracked, I had a look—the whole fleet seen above this morning, a couple of days out of Norfolk, VA—and agree. You can see for yourself here, either in Google Maps or Earth. The company responsible for collecting and presenting the data is Magnalox.net, while the fully automated GPS communicators on the boats are made by Axonn. The whole set up is quite a change from past rallies, as Tim notes: “In the past, I collected everybody’s position via Single Sideband, then passed the info on to the web site guy for posting on the web (a rather tedious chore, you can imagine). I’ve been replaced by robots, and couldn’t be more pleased.” But the funniest line, I think, goes to Rally organizer Steve Black, who was quoted thusly in a good Cruising World article about the Axonn tracker:

And apparently, it’s even been “sailor-tested.” Nothing is required of these self-contained transmitters, so no one needs to touch them. “That type of reliability becomes extremely important,” says Black, “when you’re dealing with a group of people who like to fiddle with things.”

Axonn, incidently, seems to be quite involved in the SPOT Satellite Personal Tracker, discussed here in August and now actually available. Doug Ritter has done some great research on SPOT, and I think it may become quite popular with boaters. In fact, I’d be testing one right now if it weren’t for a certain PR company that seems to be having a hard time locating its elbow, if you know what I mean. 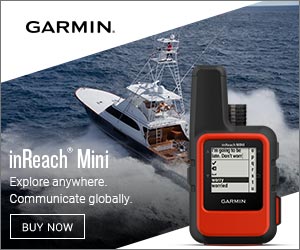